I wrote a blog post back in 2016 with the same title. A different event inspired me to write about the same idea and I think it bears repeating.

Last week, I was at a client site in California – the state that prides itself on being eco-friendly. By the door (on the way out of the room), there was a small garbage can and a large recycling bin for bottles and cans – right beside each other. At the end of the first day, I noticed that the garbage can was full – mostly with bottles and cans.

The next morning, I came in and asked this question of the group – “Why do people throw their cans in the garbage when there is a recycling bin right beside the garbage can?”. There were a few different answers, but mostly people said they didn’t know. And there was probably someone who went through the garbage at night and separated it, so it didn’t really matter which bin they threw it in. 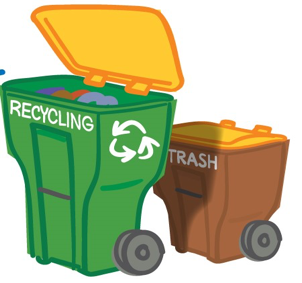 I have a slide in many of my presentations that says, “Instead of thinking it is my job to find bugs, or to make sure the requirements are met or … why don’t we think about what I can do to help deliver the product successfully?”

At the client site at the end of the day when I asked that question about “why”, there were no bottles or cans in the garbage can, and the recycling bin had been used. I wonder how long it will last, although I did talk to one of the attendees and we thought that if each person continued to use the recycle bin, and told 2 people, and they told two people, and so on and so on… then maybe, that company has a chance of making recycling a real proposition.

Think about your delivery team. How can you create an environment that enables all team members to feel that they can contribute in small ways to deliver that successful product?